Premium & Nature-Derived Ingredients: Soothing Snacks reduce stress and anxiety in your dog and temporarily calm demeanor through the use of natural ingredients like: Valerian Root– Natural herb that reduces anxiety levels in your pet. Organic Chamomile– The clean and organic type of this powerful herb promotes calmness to reduce stress. Organic Hemp Powder– Powerful benefits including soothing anxiety and supporting joints. L-Tryptophan– This amino acid ties the other ingredients together to make them most effective.

Premium & Nature-Derived Ingredients: 3 Billion CFUs– Two of our 4 gram chews contain 6 BILLION CFUs, a probiotic count far higher most other pet probiotics, making our chews one of the most potent available. 4 Different Lactobacillus Strains– Our combo of canine specific probiotic strains makes our probiotic supplement stand out above others. Inulin– We use this prebiotic in our chews which provides food for probiotics to flourish and be effective. Enzyme Blend– A proprietary blend of SIX enzymes improves the digestion of nutrients in your pet’s food. Pumpkin– Helps relieve indigestion, gut walls that are unhealthy, and overall digestive discomfort in dogs.

1.MOST ACTIVES - 5 BILLION CFUs PER SERVING - Get more value for your money! Our Probiotic Powder Nutritional Food Topper is made from all-natural ingredients, with NO nasty fillers and has more CFUs and superfoods than the leading “name” brands. 60 scoops in a jar will last you 2-4 months depending on the size of your dog.

2. VET FORMULATED WITH ALL-NATURAL INGREDIENTS: No synthetic, chemical or lab-made materials. Made in the U.S.A. with only natural, wholesome superfoods, probiotics, digestive enzymes, antioxidants and vitamins for your dog that will improve their health from the inside out, head to tail. Watch our veterinarian video in the last image to learn more about the amazing health benefits of this Probiotic Powder.

3. GIVE PROBIOTICS WHILE BOOSTING NUTRITIONAL VALUE OF YOUR DOG’S FOOD: Probiotics are an amazing addition to your dog’s diet. But why stop there? Don’t settle for JUST a probiotic powder. A lot of commercially available dog food does the bare minimum for your dog’s health. NutraProbiotic contains superfoods, antioxdiants, minerals and vitamins to boost the nutritional density of your dog’s food by adding 1-2 scoops of this powder to their food bowl.

4. IMPROVE DIGESTION, IMMUNITY, ALLERGIES, SKIN/COAT, ORGAN FUNCTION + MORE - Made with multiple species of probiotics totaling 5 BILLION CFUs per serving and other natural ingredients like pumpkin, organic mushrooms, kelp, colostrum and taurine, NutraProbiotic is so much more than a Probiotic Powder. This delicious beef flavored meal enhancer will improve MULTIPLE areas of your dog’s health and well-being.

5. HEALTHIER DOG. HAPPIER YOU: We’re a U.S., veteran owned business on a mission to improve your dog's quality of life and time you get to spend with them. We give a portion of our profits to no-kill animal shelters and have a satisfaction guarantee on all of our products!

Other top rated products
Powered by
4.9 star rating 77 Reviews
(69) (7) (1) (0) (0)
Show all reviews
ask a question
write a review
Thank you for posting a review!
We value your input. Share your review so everyone else can enjoy it too.
share
share
share
Thank you for posting a review!
Your review was sent successfully and is now waiting for our staff to publish it.
Thank you for posting a question!
Please click on the link in the confirmation email we just sent you to submit your question.
Your question will appear on the site once someone answers it.
write a review
ask a question
Updating Results
Verified Reviewer
What is a Verified Reviewer
A Verified Reviewer is a shopper who has confirmed an email address, or connected a social network with Yotpo, providing an added level of transparency and trust.
0 star rating
01/22/20
On
share ' Share Review by Anonymous User facebook facebook Share Review by Anonymous User twitter twitter Share Review by Anonymous User LinkedIn linkedin Share Review by Anonymous User
Was this review helpful? 0 0
01/22/20
J
Jeanne G.
Verified Buyer
What is a Verified Buyer
A Verified Buyer is a user who has purchased the reviewed product through our store.
5 star rating
Ailments: Bladder/UTI Infections
01/10/20
Ailments: Bladder/UTI Infections
She has been staying heathy
She has been staying heathy no UTI issues!!!!
Dog's Name:
Sydney 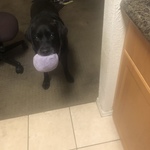 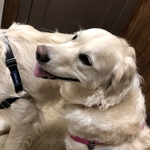 On CranBladder UTI Strength Chews (90 Count)
share ' Share Review by Marybeth W. on 16 Dec 2019 facebook facebook Share Review by Marybeth W. on 16 Dec 2019 twitter twitter Share Review by Marybeth W. on 16 Dec 2019 LinkedIn linkedin Share Review by Marybeth W. on 16 Dec 2019
Was this review helpful? 0 0
12/16/19
E
Esther S.
Verified Buyer
What is a Verified Buyer
A Verified Buyer is a user who has purchased the reviewed product through our store.
5 star rating
Ailments: Bladder/UTI Infections
12/13/19
Ailments: Bladder/UTI Infections
This saved my dogs life
I purchased this for my 16 year old Lab, he's had two strokes and recovered from both with just a little vertigo. His main problem was multiple urinary tract infections back to back. We took him to the Vet every two weeks for months for urine tests, new antibiotics, and regular cranberry pills, but nothing was helping him. It was so bad that I was extremely worried about his pain level and the fact that he was so unhappy because of the accidents he was having in the house, it didn't matter to him that I told him that it wasn't his fault. He had no control over his bladder, even taking him out every half an hour he would get back in the house and loose control of his bladder. It was getting to the point where as a family we were talking about the possibility of having to put him to sleep if the Vet couldn't help his pain level from the infections. It was while this was all going on that I decided to see if I could find the cranberry pills the Vet was giving him cheaper Amazon and that's when I was truly blessed to have found CRANBLADDER treats and decided to buy them instead because they cover the entire urinary tract and it was one of the best decisions I have ever made, within just days there were no more accidents in the house and he no longer has to go out as often, he can go hours without having to go outside. He hasn't had another urinary tract infection since he started taking these treats ( he loves the taste, no worries about hiding them in cheese etc.) I believe that this product literally saved my dogs life and I am truly blessed to have found it.
Dog's Name:
Shadow 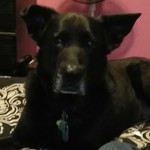 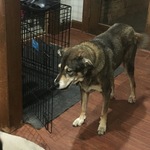 PetHonesty
11/06/19
A: We should be getting stock back in by next week but you can also purchase it from Chewy.com (chewy.com/pethonesty-cranberry-uti-strength/dp/190531) if your dog needs it sooner!
Was this answer helpful? 0 0
11/06/19